From a letter of Sara Bull to Swami Vivekananda after his first visit to her home in Cambridge, Mass., October 1894: 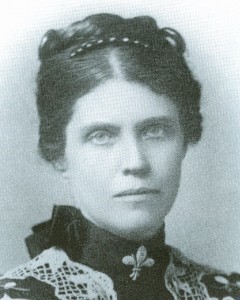 You have blessed to higher uses this home of ours by your presence. You have given us the pearl of great price. . . My husband worked here in this country during a period of some fifty years and gave his best. He would love you and your ideals. It was my privilege to learn how I might guard and shelter him in his work from the hurts that came to the spiritual in him from both friends and enemies. As I believe the work is all one let me think of you has his son and please take the enclosed token. Let it be of such use and service as I would gladly make this house whenever you are near us—and in the coming years I shall hope to put a like amount at your disposal asking you only that it may serve you and your people as well, as you find occasion. I would like to convert the cheque to a Bank Order that can be used anywhere, that you may be without difficulty, and can give you it in several far smaller amounts if you prefer. These will be safe as requiring your signature and better than the carrying about of money.1

From Saint Sara: The Life of Sara Chapman Bull, The American Mother of Swami Vivekananda, by Pravrajika Prabuddhaprana, p. 104:2 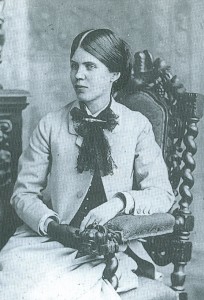 Vivekananda was impressed with Sara’s good sense. Before meeting Sara, when he gave lectures, people offered him money for the work he hoped to do in India. He had no purse. So he used to tie it up in a handkerchief and bring it back like a proud little boy and pour it into his hostess’s lap to keep for him. Sara was gravely serious, yet cheerful. She spoke with authority, she was firm yet she was gentle, motherly and protective. He wrote to her later, “Through the mercy of Ramakrishna, my instinct ‘sizes up’ almost infallibly a human face as soon as I see it, and the result is this: you may do anything you please with my affairs, I will not even murmur.”

With Sara’s active interest and ability to help Vivekananda’s work, he began to make definite plans for activities both in America and India… Never before had he found someone so mature in her judgment and clear-headed in money matters. Like his guru, he could not handle money.

From “Sara Bull, the Steady Mother,” by Pr. Prabuddhaprana, in Western Women in the Footsteps of Swami Vivekananda pp. 79-80:

On the suggestion of Swamiji, Mrs. Bull invited Sister Christine, whom she had not yet met, to be her guest at Cambridge. Vivekananda wrote to Christine: “. . . I wish you to know Mrs. Bull. She is a saint—a real saint, if ever there was one.” Again. . . he wrote to Christine, who was then at Mrs. Bull’s: “She is a great, great woman. One whom to see is a pilgrimage.”