Spring 2018: The Roots and Branches of Vedanta in America 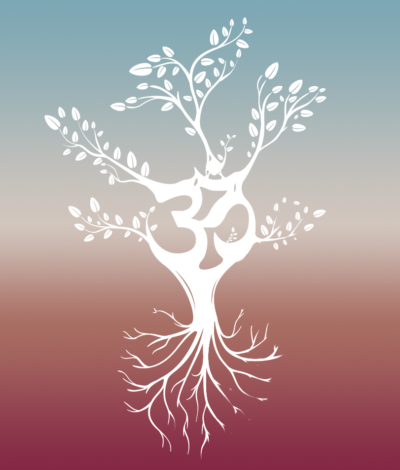 Vedanta’s roots in America are old, and have sunk deep into the cultural, intellectual, and spiritual thought currents of this nation. They can be found in the teachings of many spiritual traditions; in the work of musicians, writers, painters and artists in other media; in the discoveries of scientists and the innovations of entrepreneurs; in the proclamations of U.S. Presidents; and in the actions of capitalists and financiers. Their philosophical influence is evident in our political institutions and traditions.

What follows spells these ideas out in convincing detail. In fact, so many contributors focused on the roots of Vedanta — both historical and personal — we have decided to make the branches of Vedanta in America the theme for our Fall 2018 edition (American Vedantist #74). You will receive an invitation for contributions to AV #74, later this month.

To put this Spring issue in another perspective:

Swami Vivekananda took ship for America from Mumbai on May 31, 1893. As part of this long journey the Swami made a brief tour of Japan; he didn’t dock in Vancouver, British Columbia  until the 25th of July. Then, on September 11th, at the first World’s Parliament of Religions in Chicago, Swamiji spoke the words that began to unfold his destiny as a teacher of Vedanta in the West.

“Sisters and brothers of America,” he said, and an audience of thousands rose to offer him a two-minute standing ovation. Vivekananda went on to become the 16-day-long event’s most popular and influential speaker. He stayed to teach in the West for most of the next 10 years; as he said in February 1895, “I have a message to the West as Buddha had a message to the East.”

Swamiji called that message Vedanta. As you will read, it has resonated with spiritual seekers throughout America, from the early 1890s until today.

May you be well and in bright spirits,
Br. Shankara
Coordinating Editor

Roots of Our Tradition in the West

Sri Ramakrishna – English Lessons
A dictionary of the Master’s use of English words, and a fresh translation of how he used them to teach …
by Dhruva

The Hidden History of Vedanta in the West
Inspiration from India is found in ancient Greek thought, and among European Gnostics and secret societies …
by Patrick Horn

Swamiji “Without Credentials”
A dramatic reading, with many songs, about Swami Vivekananda’s first months in America …
by Bill Davis, music by John Schlenck

The Roots of Vedanta in America
Merchants and missionaries told tales of India here, more than 100 years before Vivekananda spoke in Chicago …
by Ruth Small, Ph.D.

Christopher Isherwood & the Monastery – Part 1
“ … had tea, translated a verse of the Gita, ate too many peppermint drops, and now late for vespers. This is what they call an escape from the world!” — Isherwood
by Anna Monday (Urvasi)

The Symphony of Religion
“A flute has many holes …Why not sound all the notes, using all the holes to play a merry tune?” — Ramakrishna
by Swami Yogeshananda

Nataraja: The Cosmic Dancer
It’s the “perfect expression of rhythmic movement in the world …” — Auguste Rodin
by Ryan NeuCollins

Shantivanam Oblate Ceremony
A celebration of the Source of Being, the satisfaction of all desire …
by Sr Judith Thackray

Connections – Calcutta and Northampton: 1894-2018
Memoir: “Perhaps the passages of my life are not quite as disparate or accidental as I thought they were …”
by Usha Juman

On First Meeting Swami Yogeshananda
The swami didn’t answer his questions, yet met him in his thoughts …
by Tom Couch

Holy Mary, pray for us
Monk’s memoir of how long it has taken for prayers to ripen …
by Archarya Swami Lotus

And Then I Left
A student, seeker, monk, husband and householder, businessman — and still a seeker, with life not over yet …
by John Scarborough

Ramakrishna-Vedanta in Southern California:
From Swami Vivekananda to the Present
“… a work in progress, but even now interested readers will find ‘lots to chew on’ …” — Anna Monday
by Gopal Stavig

We look forward to hearing from you about this issue! Please let us know what you think via our Contact form, or post a comment below, after any article, or on our Facebook page.