Swami Amohananda passes away at age 99 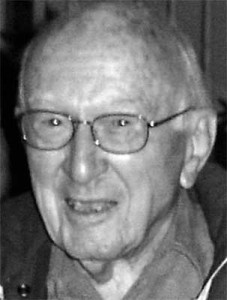 Swami Amohananda as he looked toward the end of his life, when he lived at VSSC’s Hollywood, CA monastery. (VSSC Photo)

Vijali, his daughter, wrote, “I had kept the house open from 1:00 PM to midnight for people to come by and meditate, chant, or be in silence with him. It was truly beautiful and affirming to the peace and presence that arises from years of meditation.”

Amo, as he came to be called, was born and raised in Los Angeles. “I remember an experience that changed my life. One evening when I was about eighteen years old, I was coming home from visiting a friend. I’d been depressed about my home life. I actually hated my father. I was walking absentmindedly, kicking a stone— and all of a sudden, my mood totally changed. I experienced an overwhelming joy, for no reason. Everything became positive—I felt love for everyone and everything.

That feeling lasted for years afterward…Because of that shift I decided to go into the ministry. I went to Texas and entered SMU for theological studies. I became totally disillusioned. I wanted to know what had caused the shift in my viewpoint and they didn’t have the answers.

I looked into other religious groups, but only found the answers when I was introduced to Vedanta. One day I was browsing a bookstore and ran across a book by Gerald Heard. It sparked my interest and I found the address of the Hollywood center and immediately went. There was a lecture going on by Aldous Huxley. Afterwards, I met Swami Prabhavananda and felt that I had met my real teacher. This was in 1947.

In 1948, I brought my parents and my daughter, Vijali, who had been living with them, out to Los Angeles. I immediately took Vijali, who was nine years old then, to the temple to meet Swami P. She started going to Amiya’s Sunday school for children and sometimes we would go to Swami’s room after the lecture.”

“One Christmas I gave Vijali The Eternal Companion, and that changed her life. By the time she was 14 years old, Swami and the nuns in Santa Barbara had agreed that she could enter the convent. That also freed me to enter the monastery in Hollywood at the same time, in 1953.”

Amo spent most of his monastic years in Hollywood where he became a truly valuable member of the community.

Amo spent most of his monastic years in Hollywood where he became a truly valuable member of the community. He had experience running a company that made precision optics, but his talents were many, with a knack for building and maintenance work. Among his many projects were overseeing the construction of the ministers’ quarters at Trabuco Monastery and providing Society oversight of the Hollywood monastery construction.

He could also bring his skills to the office as treasurer and office manager. His energy and health seemed boundless. He moved to Trabuco Monastery in 1984.

After being away from the monastery for some years, Amo returned to stay in the Hollywood Monastery in June of 2009. In January of 2011, he moved to Santa Fe to be with Vijali, who is his only survivor. As she recounts, after reading to Amo from Ramakrishna: The Great Master, his favorite book, “My father’s expression on his face was one I had never seen before. His eyes were fixed on something over my shoulder. A smile came on his lips. It was as if Ramakrishna himself was superimposed. We sat, not exchanging a word; the atmosphere thickened and I felt the presence of Ramakrishna.

“The next morning at the breakfast table he volunteered to speak, something that didn’t happen very often, ‘Yesterday I saw Ramakrishna walking in the garden, then he came inside and told me many things. But now I don’t remember what he said.’ I asked, ‘What did it feel like to see Ramakrishna?’ He answered, ‘It is a feeling that has no words to describe,’ his eyes lit up in animation and his face glowed.

“Sometime later he started to refuse food and drink. One day I saw the same expression on his face as when he saw Ramakrishna. His eyes opened wide staring at something that I could not see; a blissful expression was on his lips. I could almost think his face was Ramakrishna’s. He said, ‘Holy Mother is here.’ I could feel her presence but not see her. This happened another day about a week later: the same expression on his face. He said, ‘It is Holy Mother.’ ”

Amo had many friends who loved and admired him. He will be missed. A memorial was held at the Vedanta Society’s Hollywood Temple on May 7, 2011.