Transition: When the In-Charge Passes 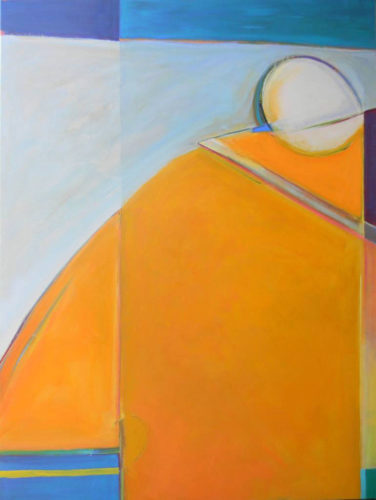 When the Head of one of our monastic institutions, a monastery or convent, passes on, the event can cause turbulent and stressful reactions in the residents. Then again it may not. If the event is unexpected, of course, it is more likely to be upsetting. Decisions may be much delayed, while we want them to be resolved at once. Sometimes our “world” can almost seem to fall apart.

Having experienced several of these transitions during my years in the Ramakrishna Order, I feel inclined to share some observations and reactions.

Years ago a younger monk asked me the question: “What do you think is required for a man to be able to remain in the monastery year after year?”

“I think there are two things needed for that,” I replied; “one is the ability to live a community life; the other is a firm conviction that Sri Ramakrishna is working through your Mahanta (abbot).” There may be more to stability than that, of course, but now, years later, I still believe that is a good start.

The passing of an abbot about whom one has had such a conviction is the transition crisis we are considering here. A new Head is appointed. There is nothing in the rules or custom of the Order to say that he or she must be a carbon copy of the one we have lost, or anything of the sort: the two natures may turn out to be very different indeed. Do we have the same confidence in the new one that we had in the former, i.e. in one guided by God? Even if we do have that conviction, adjusting to a new superior is not often easy. We may not like some of the new directions being taken. In our Order we do not have the kind of vow-of-obedience common in the Catholic orders – the sort which allowed St. Francis to command his novices to plant the cabbages upside down! Still, in every Order there will be problems of obedience and conflicts in the carrying out of instructions.

We had better consider what it is we are aspiring to, in this disciplined life. Until we realize that our ideal is within us, discovered from within, and only imposed upon the external world, no outside frame will ever truly satisfy. Our longing, our aspiration, is all for that One who is hidden inside, who must be discovered right where we are. It will take time. We know that many days of selfless service, devotional worship, mind-cracking philosophy lie ahead of us, and these will be needed no matter who is in charge. The direction one superior takes is largely a matter of his or her previous training and experience. We can be thankful for that: no one wants “monkey-on-a- stick” monks, or leaders cut out of cardboard. One of our older Swamis is famous for having put it succinctly: “The spiritual aspirant adapts himself to his environment; he does not expect the environment to adapt itself to him.” Another one told us that the monk (or nun) should make every effort to remain contentedly in the place assigned; only very exceptional circumstances justify asking for a transfer. A Yiddish proverb says, “You can’t control the wind, but you can adjust your sails.” This is the practice of contentment, of patience and of open-mindedness. For those who are not wanderers Swami Vivekananda’s dictum, “Have thou no home” surely means to make our “home” in God.

The question may be raised, suppose the one no longer in charge was our Guru. In that case may we not have a valid attachment to his personal ways and wishes? Should we not insist on perpetuating them in our own life and future? I think the answer is yes, if the ways are personal matters that one can carry out anywhere, and not methods of running the monastery or its affairs. Good advice here is to read what Swami Yatiswaranandaji has written on the Guru.

Life moves on. Sometimes it moves swiftly and suddenly. The question arises as to just how much of our past experiences we should dwell on and cling to. In my first monastery Swami Ashokananda told us with his usual vehemence, “Forget the past! Just make a bundle of your past experiences, take it to the bridge and throw it into the water.” Someone dared to raise the question of our spiritual associations.

“That is the one exception,” he declared; “you may and should recall all your associations with the spiritually great, and dwell upon them.”

It is not in the category of “clinging to the past.”

Another thing to be taken into account is that we are, after all, in the embrace of an Order. The fact that that Order is based abroad can naturally lead to misunderstandings. The deliberations that are made and the decisions taken over there are matters seldom known to us in the West. It is likely to be true for yet some time. Each of us should reckon the welfare of the organization as a definite part of his or her own obligations.

Finally, when clashes threaten in any situation, the wise one (the spiritual aspirant especially) holds off decisions; waits till the dust settles; tries to see how he or she would feel in the position of the newly installed: this is a part of samadhana, self settledness, one of those six requirements for any serious student of Vedanta.

Swami Yogeshananda is a senior monk of the Ramakrishna Order of India. Age 94, he has retired to the Vedanta Society of Southern California’s Trabuco Monastery in the Santa Ana Mountains of Orange County, California. The swami can be reached at swamiyogeshananda@gmail.com.