The Easter Prayer of an American HinJew: More Sugar, Please 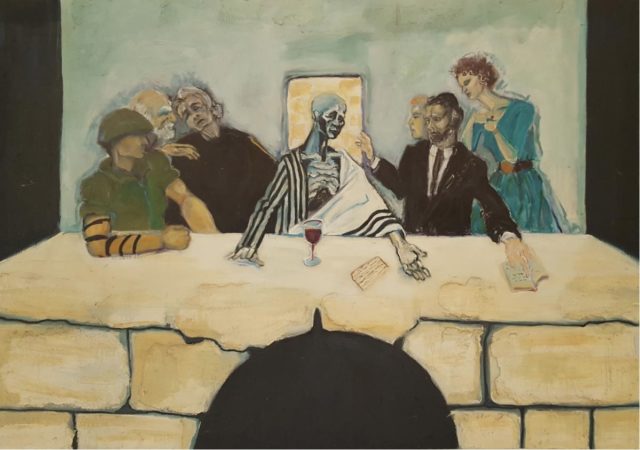 Sri Ramakrishna observed that the scriptures are a mixture of sugar and sand and that it is, moreover, up to us to discriminate, to take the sugar and leave the sand. Often, identifying the sand is easy because it‘s just so boring, but sometimes it harbors unhelpful or even harmful notions—outmoded social mores, refuted pseudo-science, quack medicine. It can also harbor toxic ideas. The particular sand that concerns me here is the historically questionable narrative of Jesus‘s death, which has been digested and weaponized against Jews in Western society. It has, unfortunately, also made its way into Vedanta culture and is sometimes rehashed in Easter lectures at Vedanta Societies.

Understandably, the Easter lecture is a staple for most Vedanta Centers in America. After all, American culture is predominantly Christian; and hereditary Christians are warmed by an Easter observance. Most Western Vedantists come from either a Christian or Jewish family. Why have we chosen to either replace or supplement our family religions with Vedanta? I can only speak for myself: it is the wealth of holy company, people who have walked the walk to the spiritually-desired destination and radiate Divinity. The association has given me an insight into and appreciation of my own native Judaism. Christian/Vedantist interreligious scholar Huston Smith, in his interview with Bill Moyers, has eloquently described his own merger of faiths and his appetite for Vedanta. On Christmas Eve, he would go to his Methodist church service with his family but later would go to the Vedanta Society of St. Louis to hear Swami Satprakashananda‘s Christmas talk because, as he said, it fed his soul and revealed Christianity to him in a way he didn‘t receive in church. [Watch the 4 minute clip here in which Smith eloquently describes his dual role of Christian and Vedantist and the Christmas service.]

About Anna Monday: She has been a Member of a Vedanta Society, depending on where careers took us, since 1970.