Lion of the Spirit 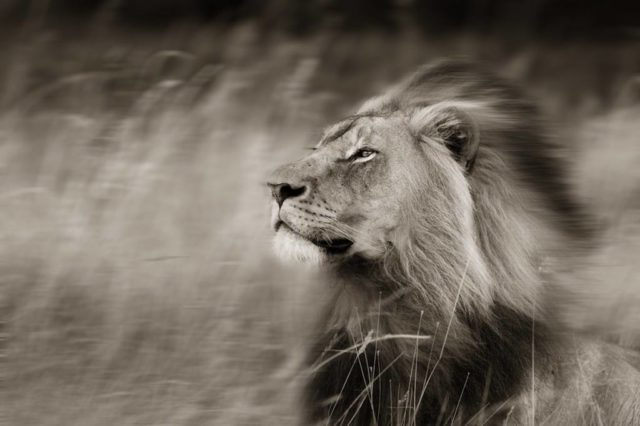 I don’t roar much, do I?
Though I’m told time and again
I am a lion of the spirit,
I don’t want to hear it.

I shy away from wilderness
and the open sea. Instead, I’ll sail
the bay or walk a well marked trail,
then text a friend, “a stsfyng day.”

Returning home to my familiar
cul de sac, I’m happy to be back,
to sink into a favorite chair,
to sip a drink and drift into a nap.

Perchance to dream: I’m in a forest
glade — ahead I see a huge brown bear
tied standing upright to a tree,
bound securely with a seaman’s line.

Then suddenly the bear’s released, the rope
is gone. Falling forward onto all four
paws, he shakes his head and stretches
every bone and sinew all along his spine.

On his right there is a well worn path
into the woods — wide near the glade,
narrowing and quickly fainter as it
winds away among the close-grown trees.

Still stiff, the bear’s first steps are shaky
as he shuffles from where he’s fallen,
toward the path — yet soon he’s supple,
moving smoothly out of the sunlit

Glade and into the dappled shadows
among the trees. Ten yards in he stops,
twitches his stubby tail, turns his head,
looks back to the tree where he’d been tied.

And then the bear roars — a roar so loud
it shakes the dreamer half-awake. I
watch as the bear trots deeper into
the woods and the dream dwindles away.