Nitya Chaitanya passes away in Hollywood at age 80 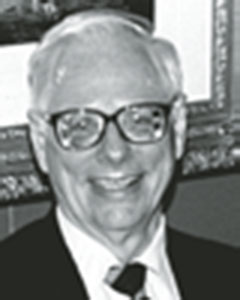 Brahmachari Nitya Chaitanya passed away in his room at the Vedanta Society of Southern California’s Hollywood Monastery at 3:00 PM on Sunday, November 21, 2010. He was 80 years old.

Born James Edward Smith to Major and Mrs. Robert Smith in Washington D.C. on January 31, 1930, he graduated from Battle Creek High School in Michigan. He worked as a forest ranger and a bank executive before becoming a monk.

Nitya Chaitanya spent most of his monastic years at the Hollywood Center doing work in the Vedanta Press and Vedanta Bookshop, along with the usual monastic routines. He occasionally lectured on Sundays in the late 1970s and 1980s. Until very recently, he was substitute leader for Wednesday evening classes on the Gospel of Sri Ramakrishna.