Notes of a Bhagavad Gita Class by Swami Pavitrananda

[A tape recording of this class, given some years prior, was played at the Vedanta Society of New York on Tuesday, January 28, 1975. Swami Pavitrananda was head of the Society from 1951 to 1977. These notes were taken by Bill Davis.] 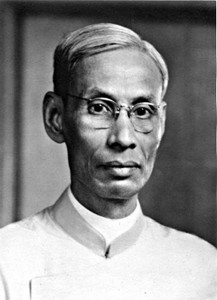 Last week we were discussing what the body is composed of. To understand this, intellectual knowledge is not enough. Spiritual practice is also necessary: No pride, no display, no hurting of anyone in thought, word, or deed; one should be forgiving—not even react to harm done. One should have guilelessness, calmness and serenity. We should not be disturbed easily—not easily become upset. We should cultivate this serenity. We must also be steadfast until we have the final realization. We must be steadfast even for ephemeral goals. Another virtue: dispassion for sense objects. What is meant thereby? One cannot avoid connection with sense objects. The word dispassion is very accurate. It doesn’t mean the senses shouldn’t contact objects, but we shouldn’t be going after them. But we must use them in order to live. You should not have liking for sense objects. But you have to live, so connection with sense objects must be kept within strict bounds.

Some think we should have sense enjoyment since it is God’s world. Tagore represents this point of view. He says, “Deliverance is not for me in renunciation. I feel the embrace of mukti in a thousand bonds of delight. No, I’ll never shut the door of senses. The delights of sight and hearing will bear your delights.” This is a dangerous doctrine. The average person won’t see the snare. Is it so easy? It is simply poetic imagery. Beautiful scenery is very nice, but the practical aspect of living could weigh you down. If you have great problems you won’t see any beauty in the world. Tagore’s is a fair-weather religion.

In New York, when I first came, an Indian said he goes to polo instead of religious services since God is everywhere. I said, “You’ve found a new spiritual path.”

Sense delight is felt for a short period but this is not spiritual delight. The joy of God-realization is ever new, unlike earthly joy which grows dim and boring. But spiritual joy is won by hard spiritual practice. You’ll get joy only when the “bonds of delight” are broken. This doesn’t come in deep sleep.

After a concert where we are lifted up, we slip back into dullness. There is a reaction and a depression. But after realization there is no reaction, no depression. One must have a disciplined life to get it. A New York minister said he got more delight from poetry than from the scriptures. I was amazed. We don’t live to eat. We eat to live. (I think this means the purpose of life is not to enjoy poetry, just as we don’t live to eat. Scriptures are the royal road to the real purpose of life, but perhaps poetry could be an aid to spiritual life, although not as good an aid as scripture. —Davis)

A classmate of Swami Vivekananda told me, “I am living a life of non-attachment.” I said, “Why not go all the way and become a monk?” This statement is common in India (that of the classmate) but it is usually imagination.

Sri Ramakrishna said only so much to Keshab. More than that he could not stand.

Not everyone should be a monk, but all should live a life of discipline. It is a question of temperament. God leads people on different paths. Ramakrishna was very sympathetic to householders because of their great burden. Discipline is all.

You cannot control the mind’s attraction to sense objects unless you are attracted to something on a higher level. If you go to the East you’re farther from the West. You cannot control mind by force. Dispassion grows naturally. A fence around us at the beginning can help. Senses cannot be controlled by violent means. Dispassion means we must discriminate between right and wrong, eternal and ephemeral. 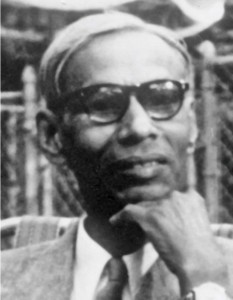 The next thing in spiritual practice is absence of ego—ego effacement or selflessness. Self here means empirical self—the I sense—the idea that I’m the body or mind. This must altogether go. Not only conceit must go. Our ego sense veils the eternal presence of God. Swami Vivekananda says that we should get rid of the ego, this puny I. It is so dangerous. It is the source of all trouble. Kill it. How? “Not I, Thou!” Say it. Live it. Practice it on an ordinary level. You meet persons; practice Not I, but Thou. Try to live this life and you’ll have great bliss. Nothing will disturb you. Repeat this idea: Not I, but Thou. Not just once or twice, but until you understand it and finally it will sink deep into your mind. Say it day and night. Try to feel it emotionally and you’ll see the foolishness of our I-sense. Reason gives the idea. Emotion gives the power. We don’t act by reason. We act by emotion. We must practice this in order to chasten the feelings. Sri Ramakrishna said always: Not I, Not I, but Thou, O Lord.

This puny I is diabolic, but we’re not aware of how devilish it is. Swami Vivekananda said, “Bless those who revile and rebuke and insult you. Think how much good they’re doing you. They give you a knock. It hurts your false I. If you submit out of cowardice it is abasement, but actually they hurt only themselves. So go where people hate you and crush your ego out of you.”

Think, “How can you insult me?” There is a story of a rich man who was proud and antagonized his family. Then he lost his wealth and was alienated from all. However, he began to feel great dispassion and became a monk. Some children insulted him but he took it in a philosophical spirit. How can they hurt me? I’m not the body or the mind.

May we all realize this. Are there any questions?

Question: But senses can be used to glorify God.

Answer: A rich Russian woman went to a picture about the poor and cried while her butler was suffering outside in the cold. This is mere imagination. But religious works are not mere poetry. If they lead to realization they are good. Music can bring bliss, but afterwards you may quarrel with life.

Real joy is out of discipline, when the mind is controlled. At first prayer is aspiration but later prayer is a realization. When a man of God sings, every word is a reality.

After I read Tagore, I put it down for a long time. But when I heard a song sung by a man of God, I was caught by its beauty. I was reminded of Tagore’s words, but it was not mere beauty. It was aspiration. When you then have the realization you can look the world in the face. The idea in Tagore does not hold up in the face of the world. For a minister to say that the Sermon on the Mount is theoretical is dangerous. The mind is controlled when you have gotten to the source of joy.

Question: How can I want it if I have no experience of it?

Answer: We all want something permanent—it is our nature. We try all sorts of things and find them lacking. This is important, for we know how not to find it. But then at last one looks to spiritual life as the way to find that permanent thing. There is no hurry. Everyone is bound to come to this sooner or later.

Question: Aren’t senses important for finding that the answers are not to be found in the senses, but why not enjoy them?

Answer: You may enjoy if you wish. Some do not get wise regardless. Some first get yearning toward the end of life. In a sense it is too late for this life unless they are seized by great yearning.

SWAMI PAVITRANANDA was a disciple of Swami Brahmananda. He lived at Advaita Ashrama, Mayavati, for many years and served as Editor of
Prabuddha Bharata. He headed the Vedanta Society of New York from 1951 until his passing in 1977.