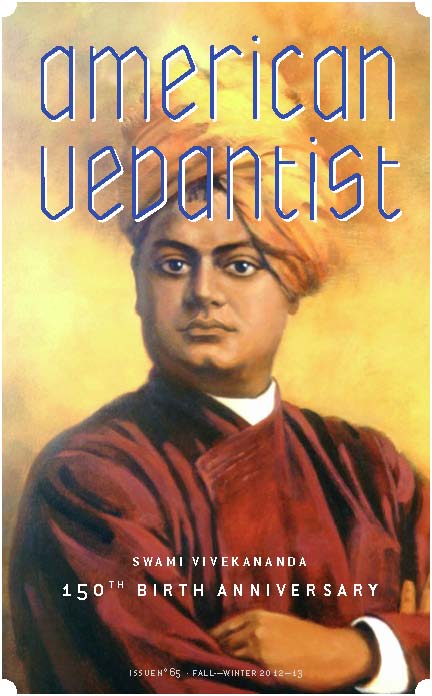 American Vedantists owe an unpayable debt of gratitude to Swami Vivekananda. If he had not come to the United States, our lives would be entirely different and far poorer. The message he taught and the life he lived have given immeasurable meaning and purpose to our lives. But the debt owed to Vivekananda is far greater than that of his individual followers or any individual country. His impact on world spirituality and civilization was many-faceted and profound, and the human race owes him—and all the enlightened teachers—its best efforts to achieve spiritual transformation and reach the goal he embodied.

In this 150th anniversary year of Swamiji’s birth, we pay our homage and pledge our efforts to continue serving the cause he lived for.

Swami Vivekananda and Mahatma Gandhi: Truth Is One, Paths Are Diverse
by Uma Majmudar

Swami Vivekananda’s Appeal for America
by Neil B. Feldman and Judy Scott Feldman

Vivekananda the Revolutionary
by John Schlenck

American Homes that Welcomed Swami Vivekananda
by The Editors

The Mission: A Song on Swami Vivekananda
Lyrics by Eric Johns
Music by John Schlenck

Review: Vivekananda, A Born Leader: The Attributes and Thoughts of an Extraordinary Leader-Manager—A Perfect Embodiment of the Servant-Leadership Concept
Review by Sister Gayatriprana